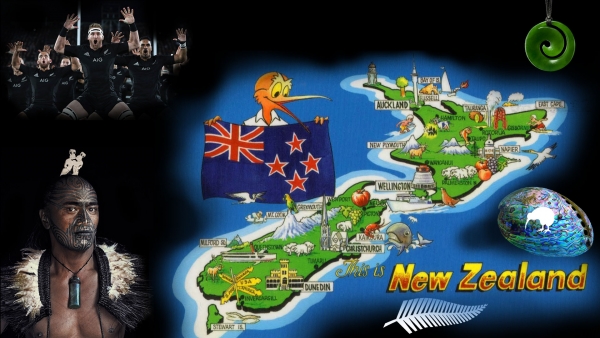 “Traveling – it leaves you speechless, then turns you into a storyteller.”
-Ibn Battuta

Anywhere you go in New Zealand you find something what might interest you. On every corner there is a beautiful forest, silent lake, spectacular view or bewildering beach.
However there are places which you’ll be sadder to miss than others. Let’s sum up few places NOT TO MISS at any circumstances while you are around.

Milford Sound is a fiord in the southwest of New Zealand’s South Island. It is New Zealand’s most stunning natural attraction. With its magical combination of deep blue waters, dramatic cliffs and mountain peaks catch your heart and pump it with happiness.
Milford Sound is experience of the beauty of pristine scenic destination, a must-see on every New Zealand itinerary.
The fiord is home to penguins, dolphins and fur seal colonies. 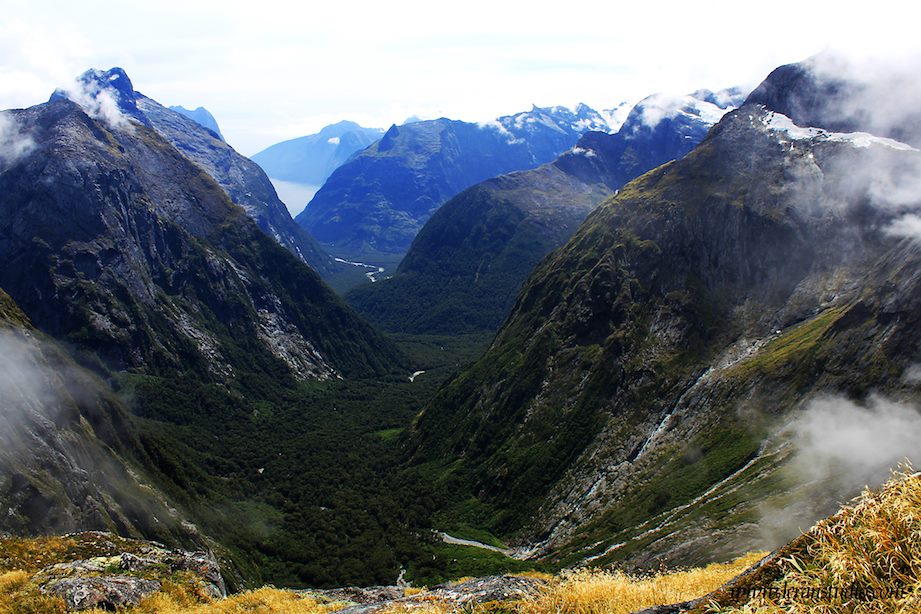 Waiotapu is an active geothermal area in New Zealand's Taupo Volcanic Zone. It is 27 kilometres south of Rotorua.
Due to dramatic geothermal conditions beneath the earth, the area has many hot springs noted for their colourful appearance, many bubbling mud pools, and as a cherry on top The Champagne pool which is not like any other. 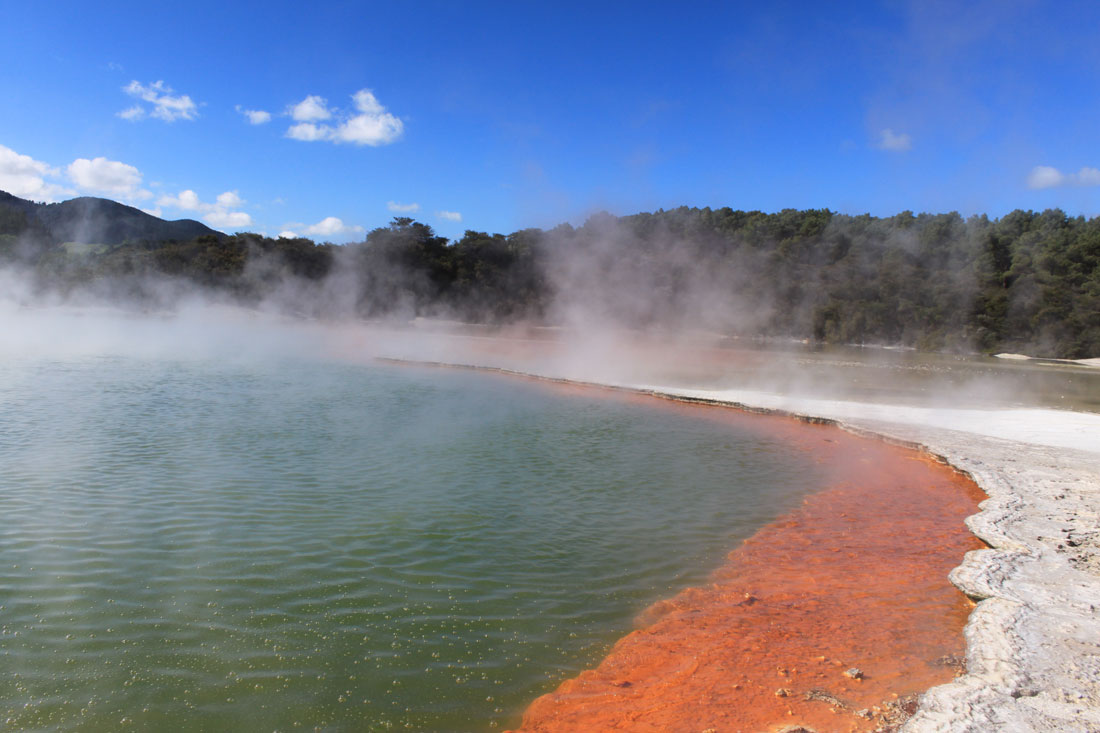 Mount Taranaki is near to city New Plymounth. In the city you can visit nice big museum. Taranaki is an active but quiescent stratovolcano in the Taranaki region on the west coast of New Zealand's North Island.
The 2,518 metres (8,261 ft) mountain is one of the most symmetrical volcanic cones in the world. For many centuries the mountain was called Taranaki by Māori. The Māori word tara means mountain peak, and naki is thought to come from ngaki, meaning "shining", a reference to the snow-clad winter nature of the upper slopes. Captain James Cook named it Mount Egmont on 11 January 1770. 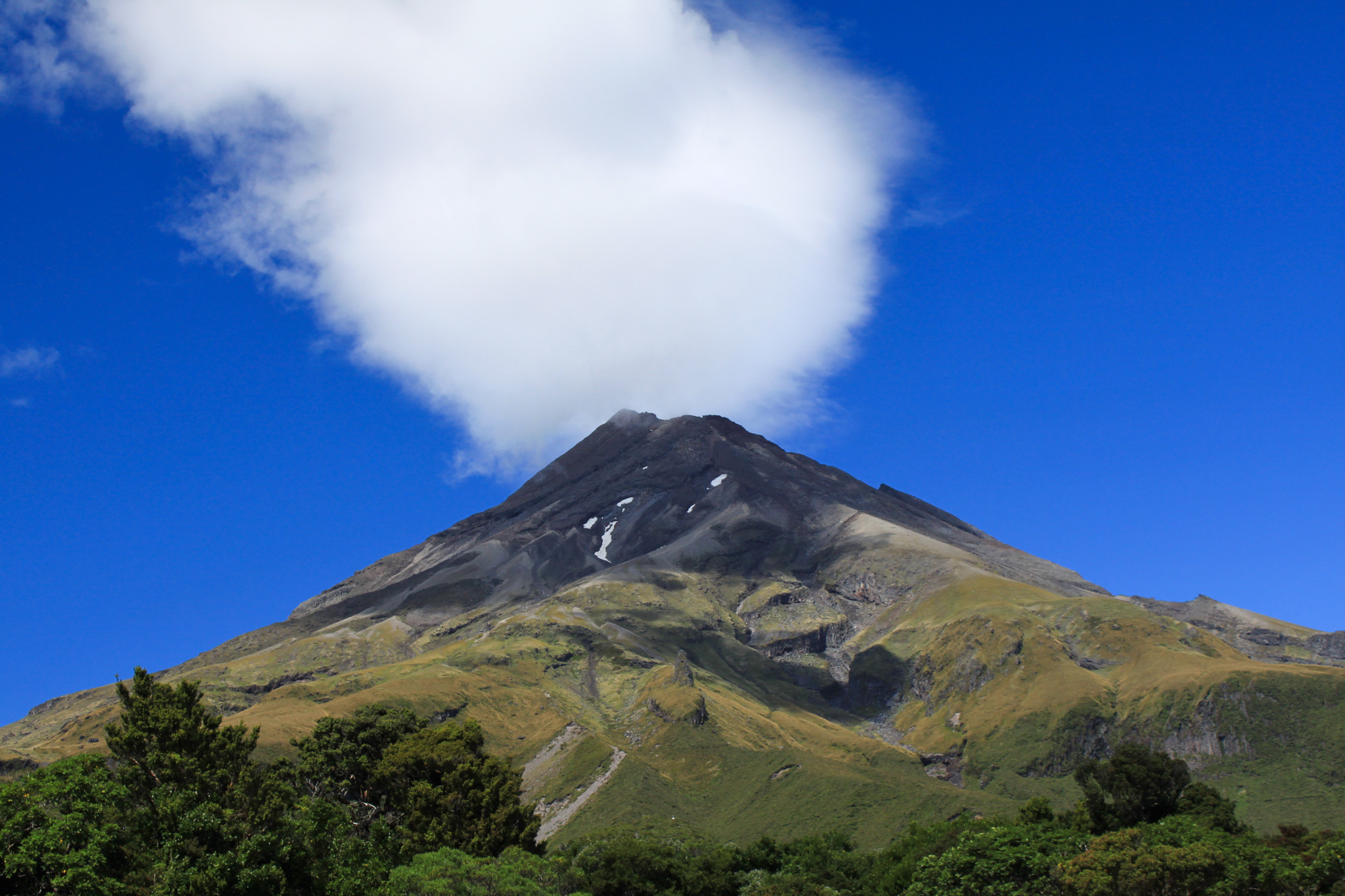 Join our community and get to know new people

Taupo lake is a largest lake in Island of New Zealand. It have with a surface area 616 square kilometres (238 sq mi). There is beautiful views with memorable sunset. There is nice small city called Taupo. 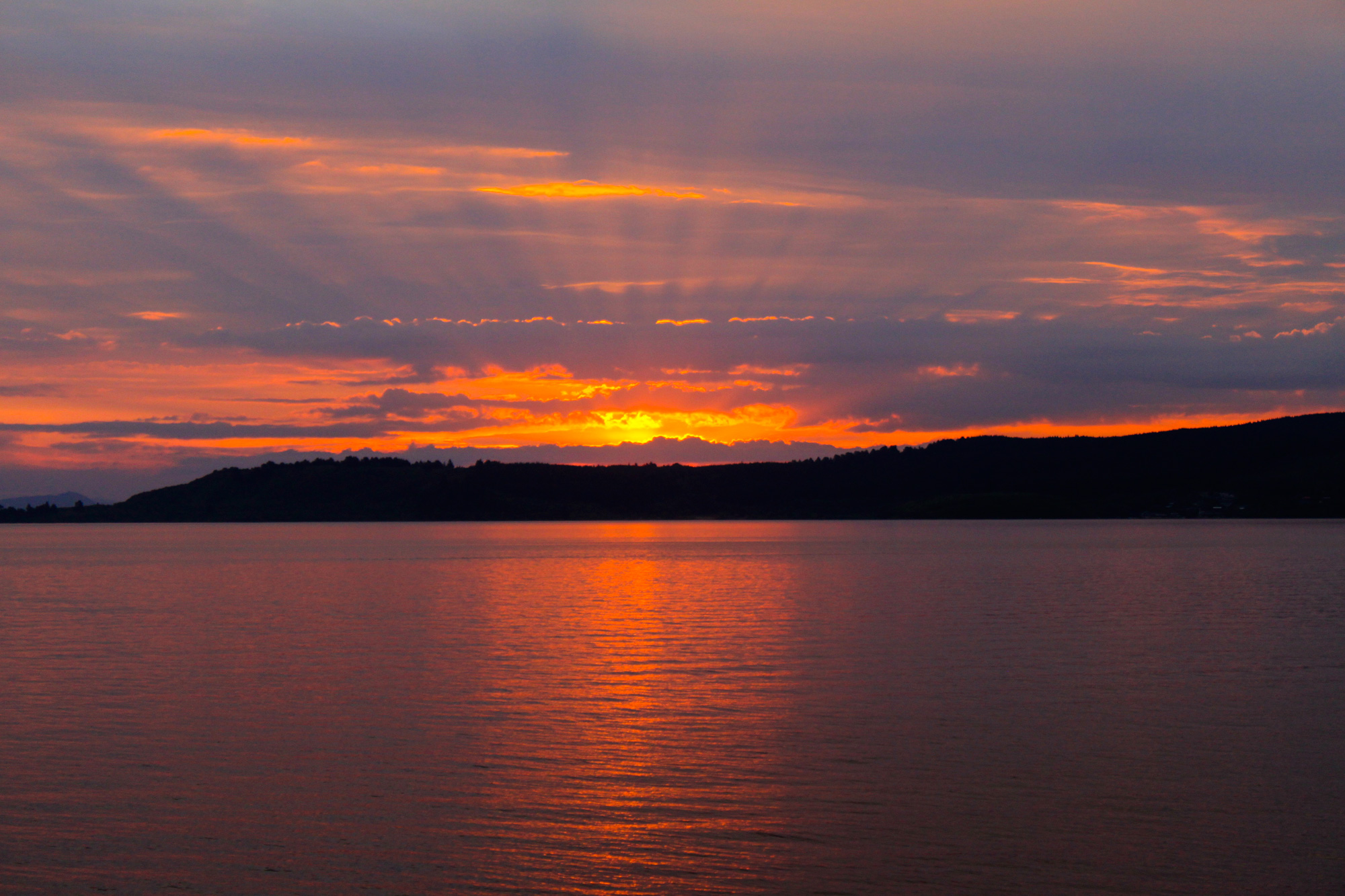 As you travel around the lake, you will find every landscape you can imagine. Snow-blanketed winter ski fields and alpine deserts. Ancient forests alive with birdsong. Trout-filled rivers and the thundering Huka Falls. Steaming geothermal valleys with rejuvenating hot springs. Three towering volcanoes in the awesome and otherworldly landscape of Tongariro National Park.
I will mention at least two: Huka falls and Tongariro Alpine crossing. 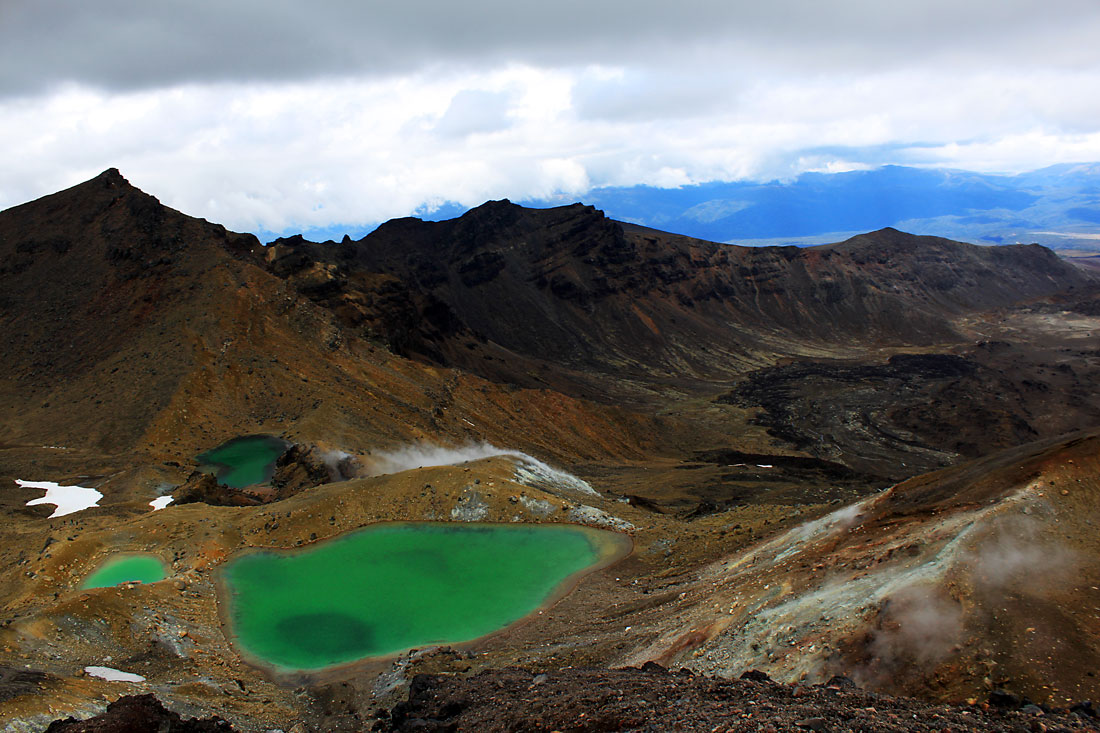 Unique landforms, including the volcanic peaks of Ngauruhoe, Tongariro and Ruapehu ensure the Tongariro Alpine Crossing is considered a world-renowned trek. Because the weather is rough on the top, I recommend you take good clothes with you.
Before you decide to go to this trek, read the alert well, because the volcanoes are still active. 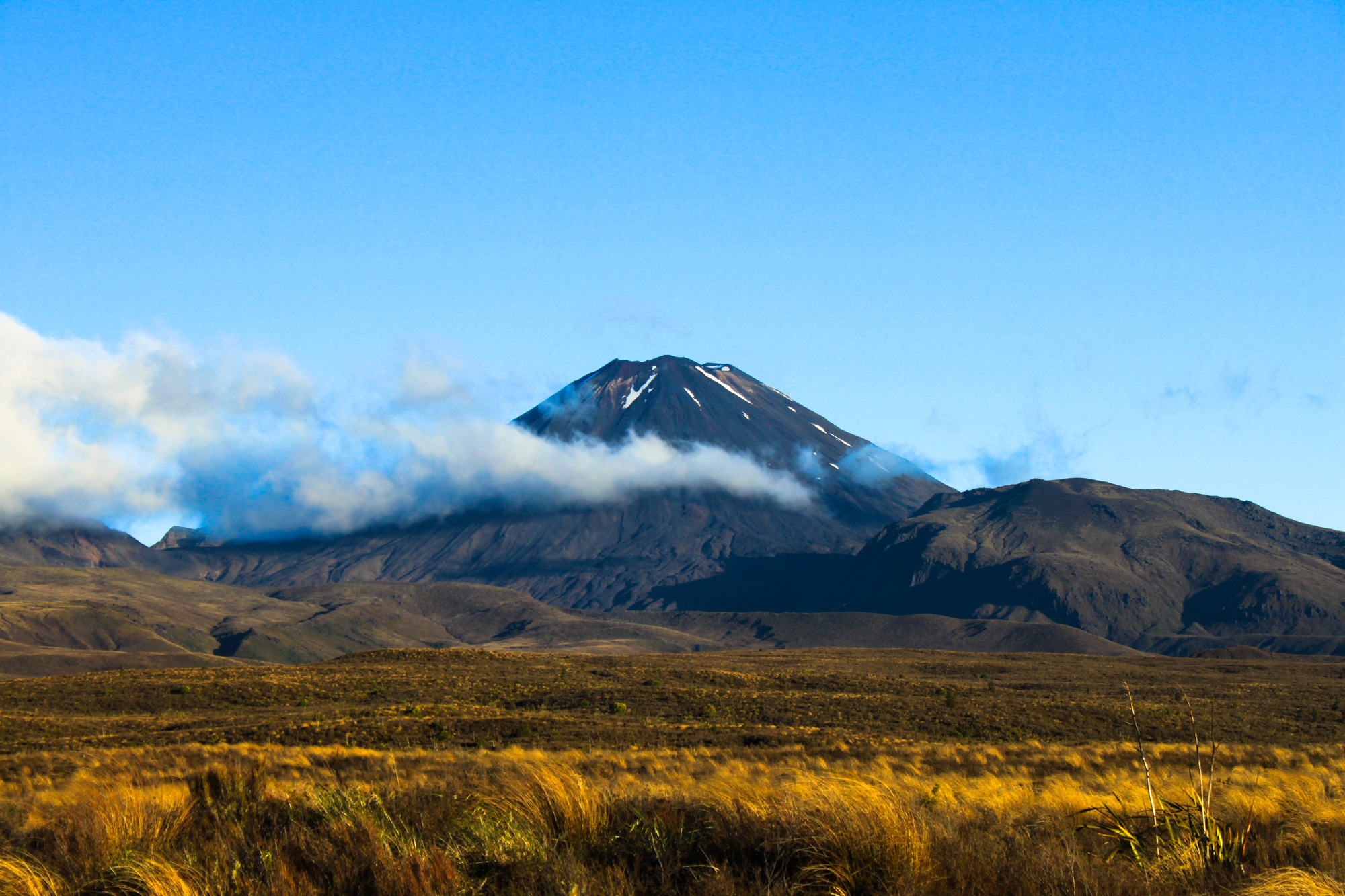 Huka Falls is ten minutes’ drive by car from Taupō town centre. You will hear it before you come.
Huka Falls, where more than 220,000 litres of water thunder over the cliff face every second. 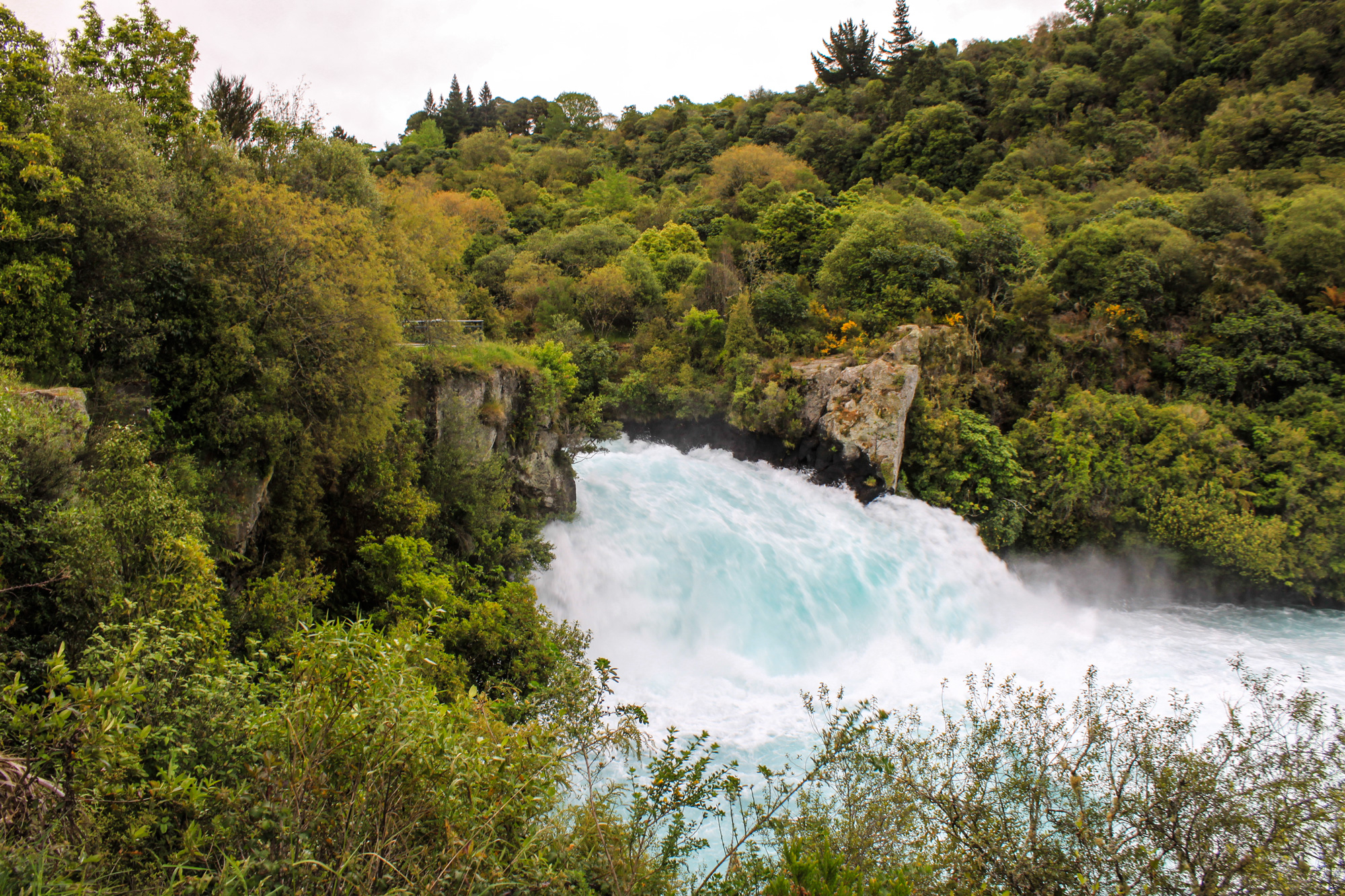 Wolfare- Travelling has never been easier

Aoraki / Mount Cook is the highest mountain in New Zealand. Its height is 3,754 metres. It's popular tourist destination and also a favourite challenge for mountain climbers. Even in summer, the weather can change in the blink of an eye. The region is only 44 kilometres from the coast.
Despite the sometimes difficult conditions, Aoraki / Mount Cook National Park is an exceptionally beautiful place to visit. You don’t have to be a mountaineer to interact with the stunning scenery; there are various alpine walks beginning near the village, all about three hours return.
You can park your campervan in a camp. There is also good restaurant. 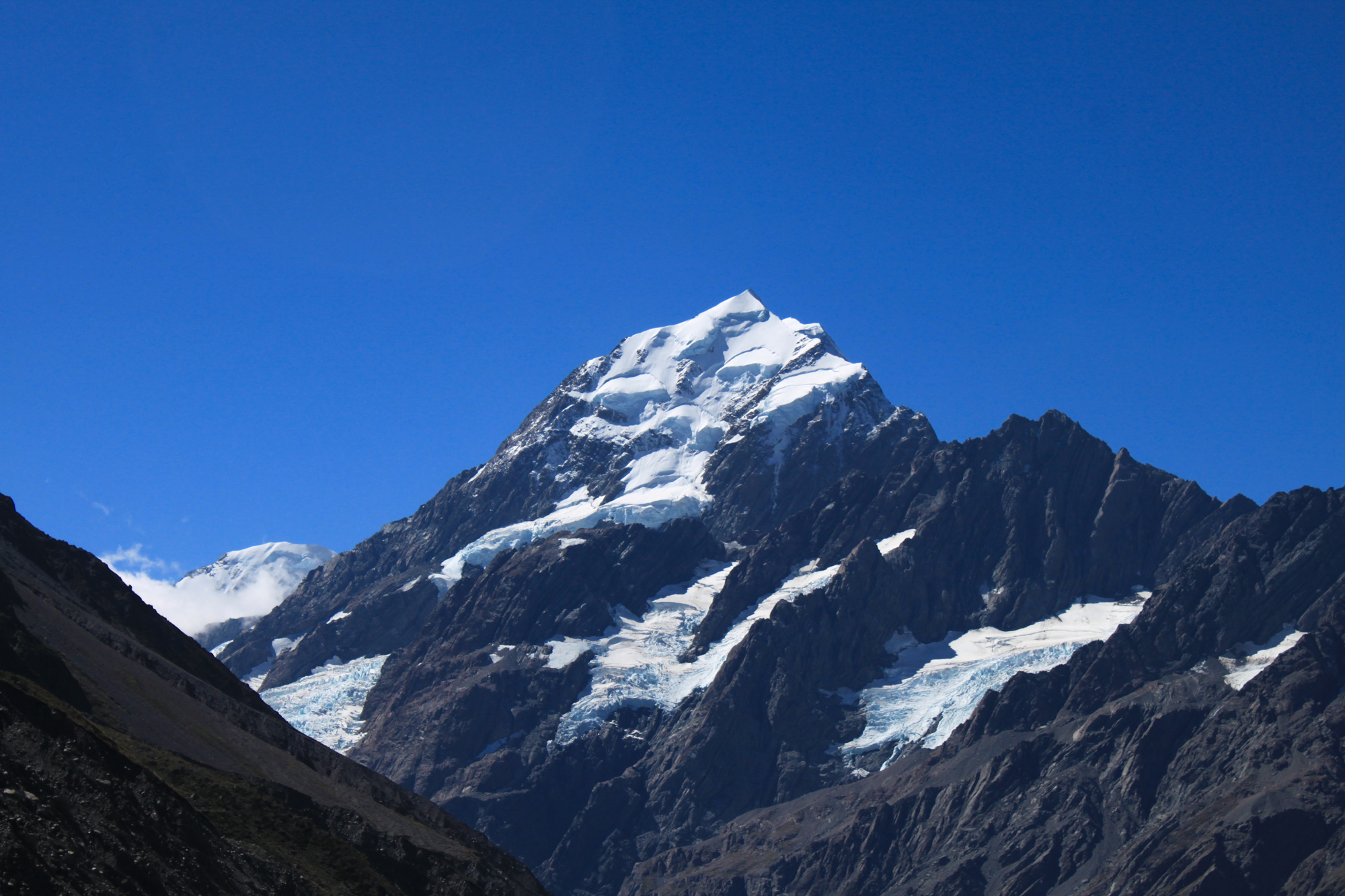 Northen point Cape Reinga where the Tasman Sea and the Pacific ocean meet. There is beautiful views and lighthouse. When you go there do not forget to refuel the full tank and take the necessary things (power bank, food, etc.). It's a pretty long way. 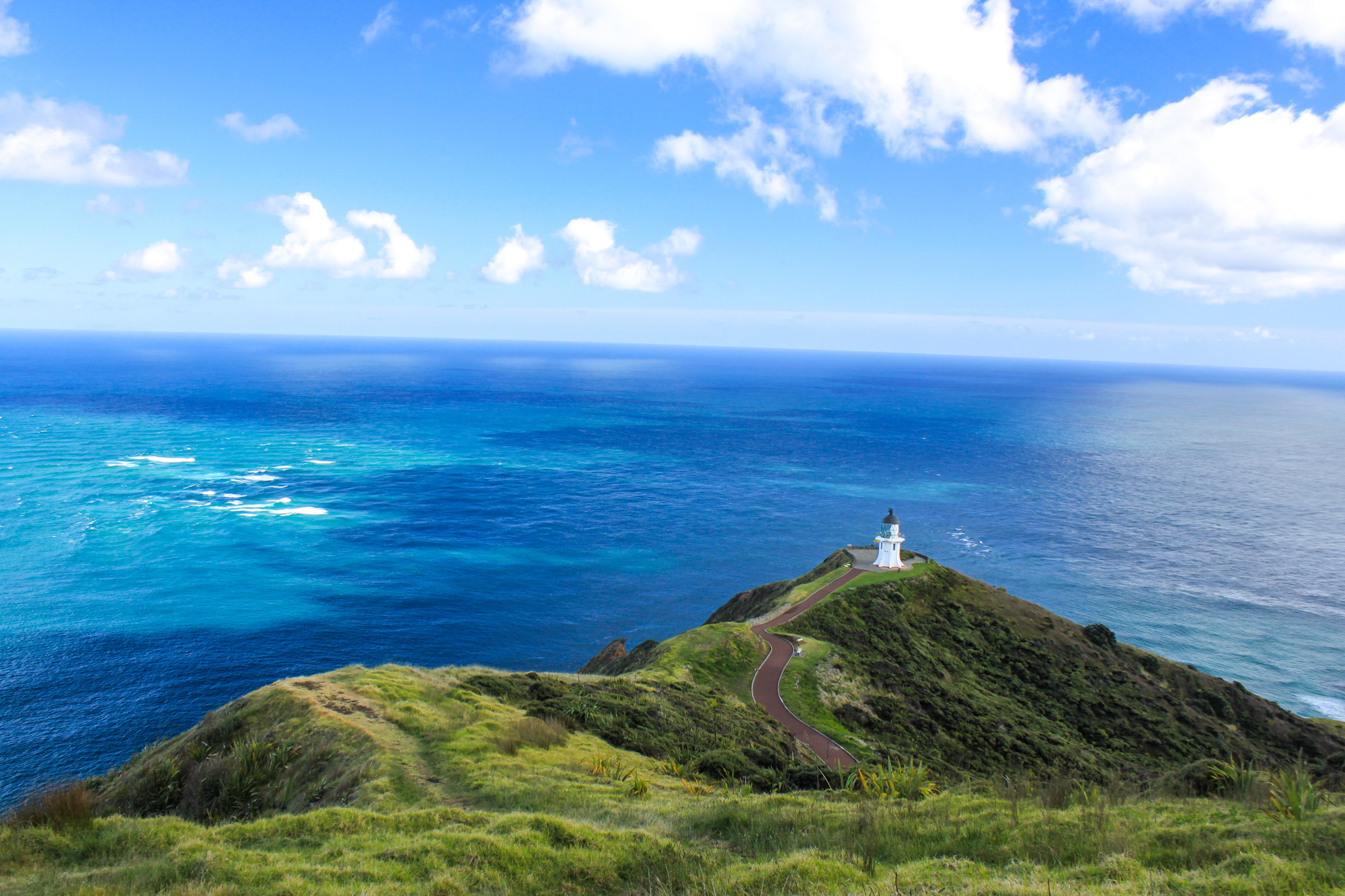 Steeped in cultural history, Rotorua is the home of ‘Maoridom’ where you can experience all aspects of this amazing culture. From being fully immersed in cultural performances to pulling a traditional hangi straight out of the steaming ground, there is something to suit for everyone.
Tamaki Village offer cultural experiences that combine dramatic performances – singing, dancing and haka (war dances) – with delicious Māori food. The owls and glowworms of the surrounding native forest warm this truly spiritual area. 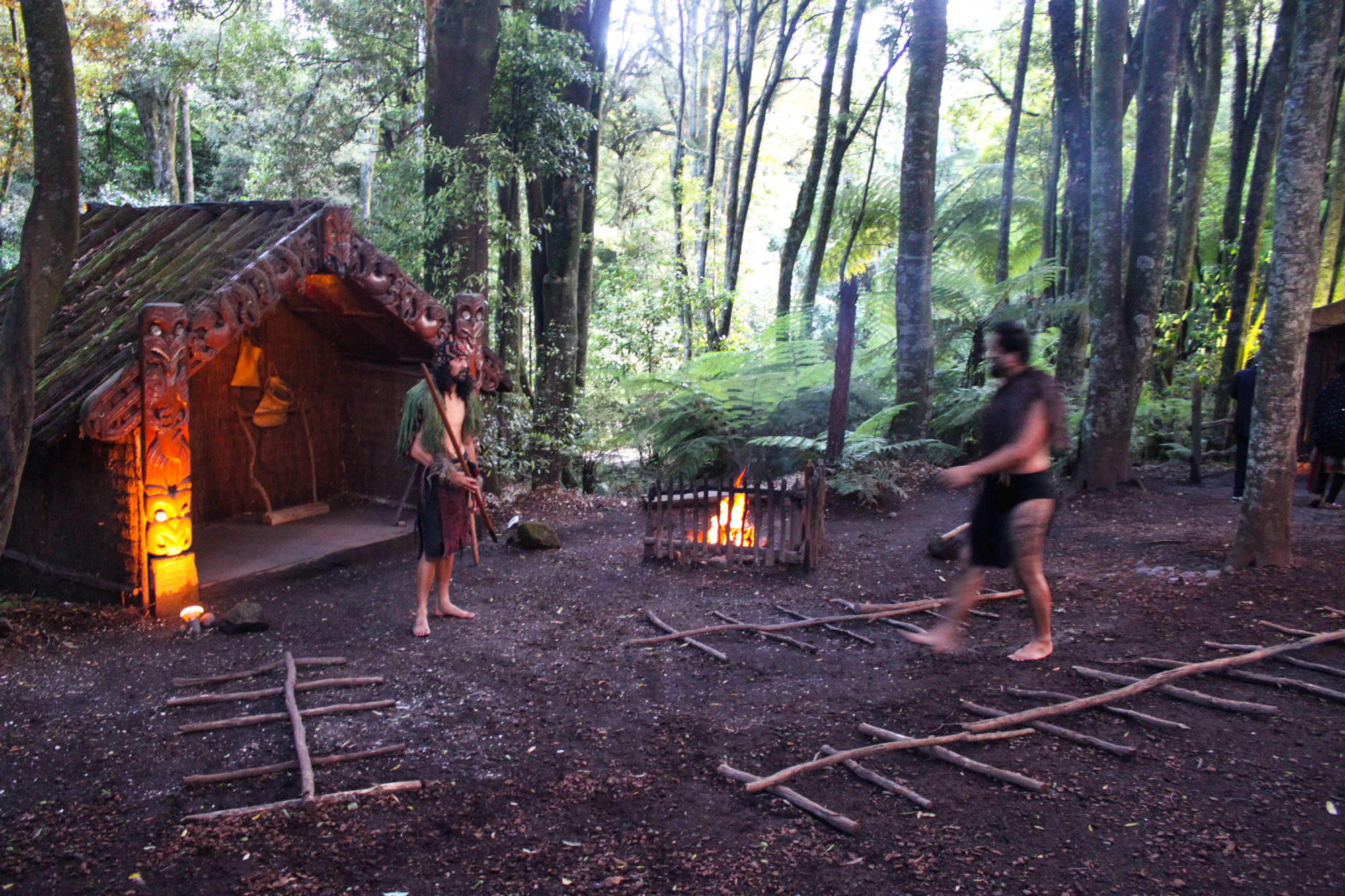 You can find gannet colony in the Cape Kidnappers which is 30 minits from Napier.
The four colonies of gannet (4k Plateau Colony, 4,7k Saddle Colony, 3,5k Black Reef Colony, 3,5k Whalebone Reef Colony) here at Cape Kidnappers are the largest on mainland New Zealand.  Adult gannets arrive at Cape Kidnappers around July to begin courtship and nest building. They leave again in April though a few may stay to roost here over the winter. Gannets have been nesting here since the 1870s.
It's a day trip. As you walk along the coast, check a time when is outflow(ebb) and when is inflow(tide). It's important. You have to plan the trip, because you have to come back before inflow. Along the whole route there are high cliffs and you can not hide there. 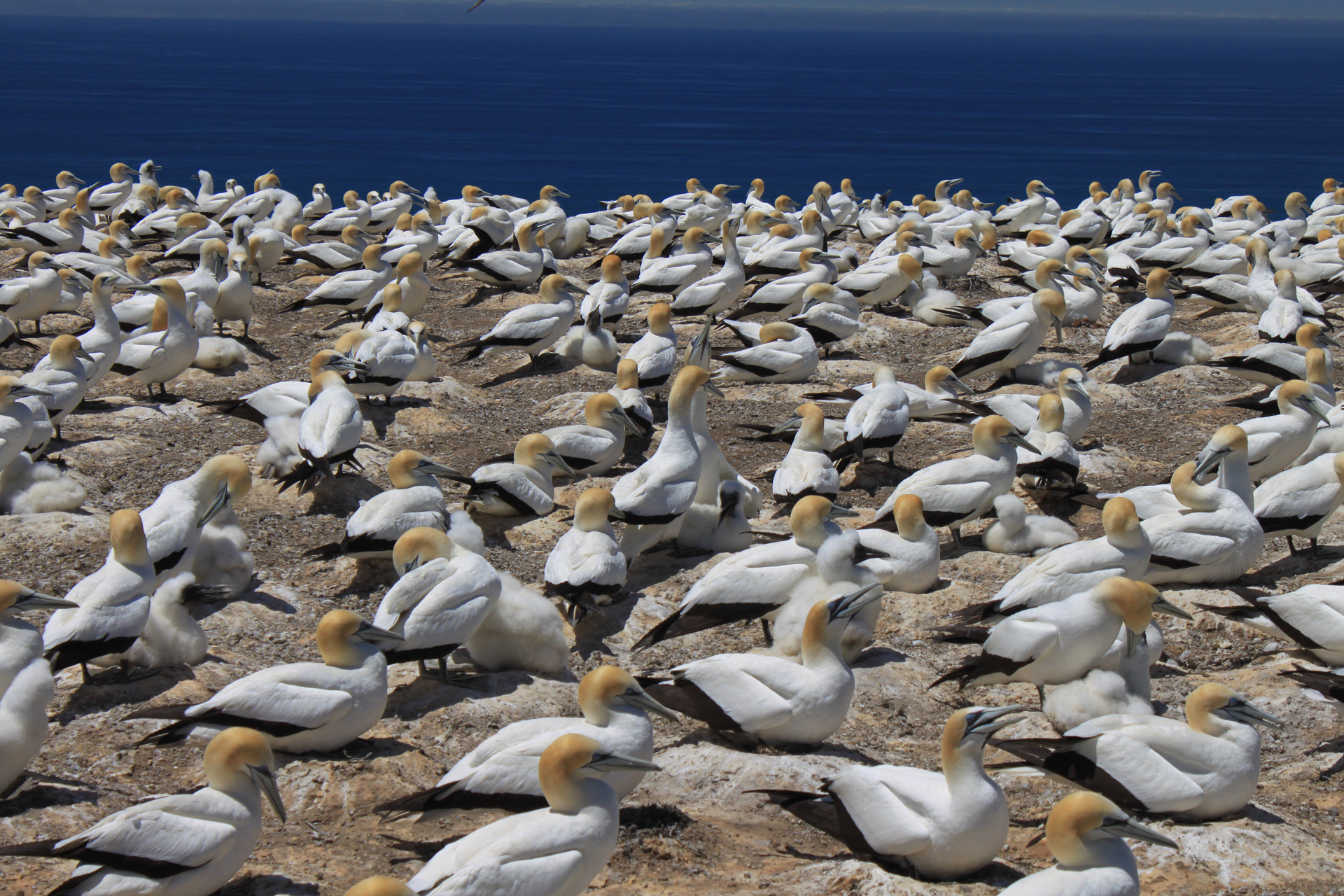 Pancake Rocks and Blowholes are just a 20 minute loop walk from where you park your vehicle on the main highway at Punakaiki. The Pancake Rocks at Dolomite Point near Punakaiki are a heavily eroded limestone area where the sea bursts through several vertical blowholes. 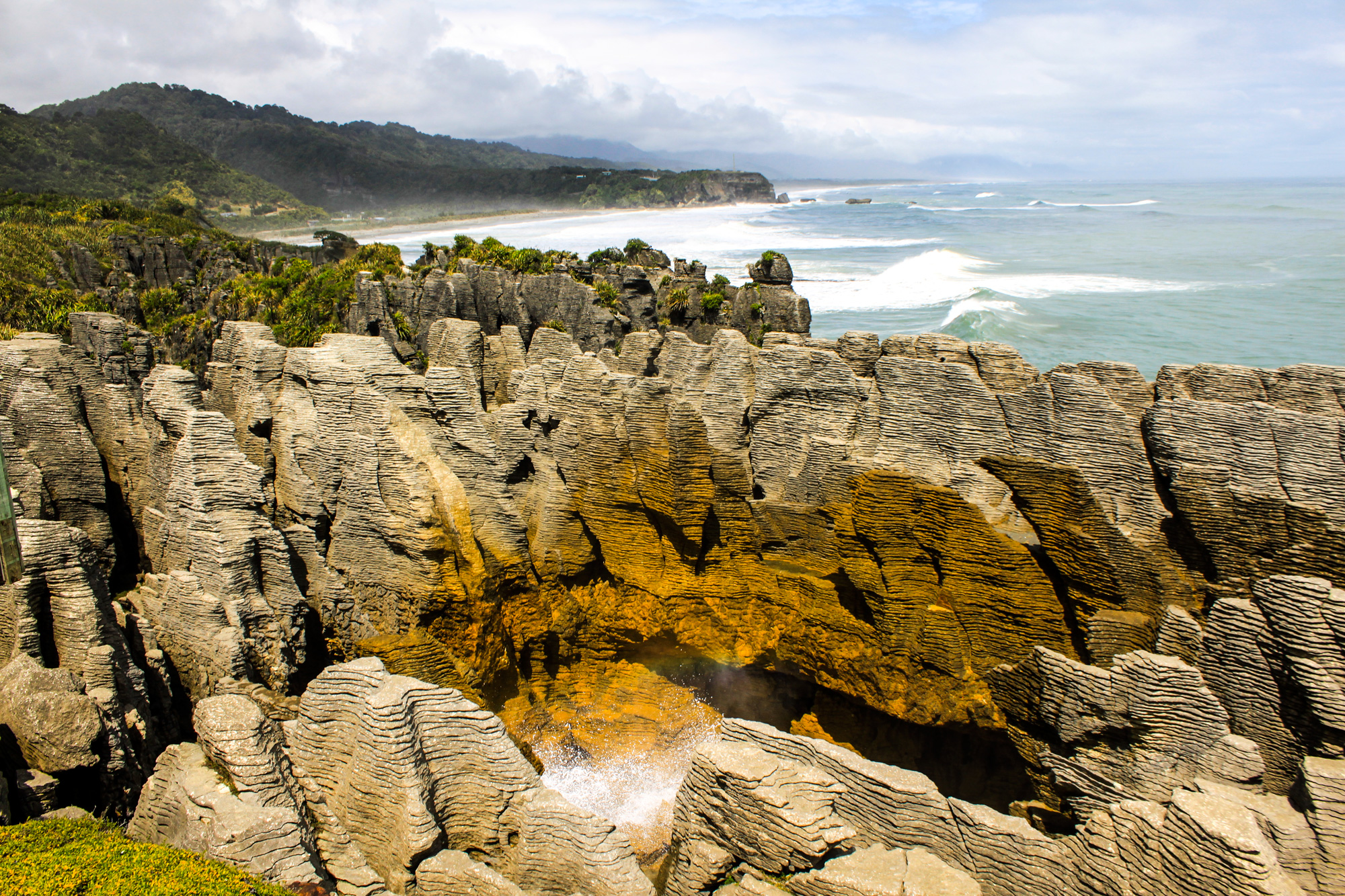 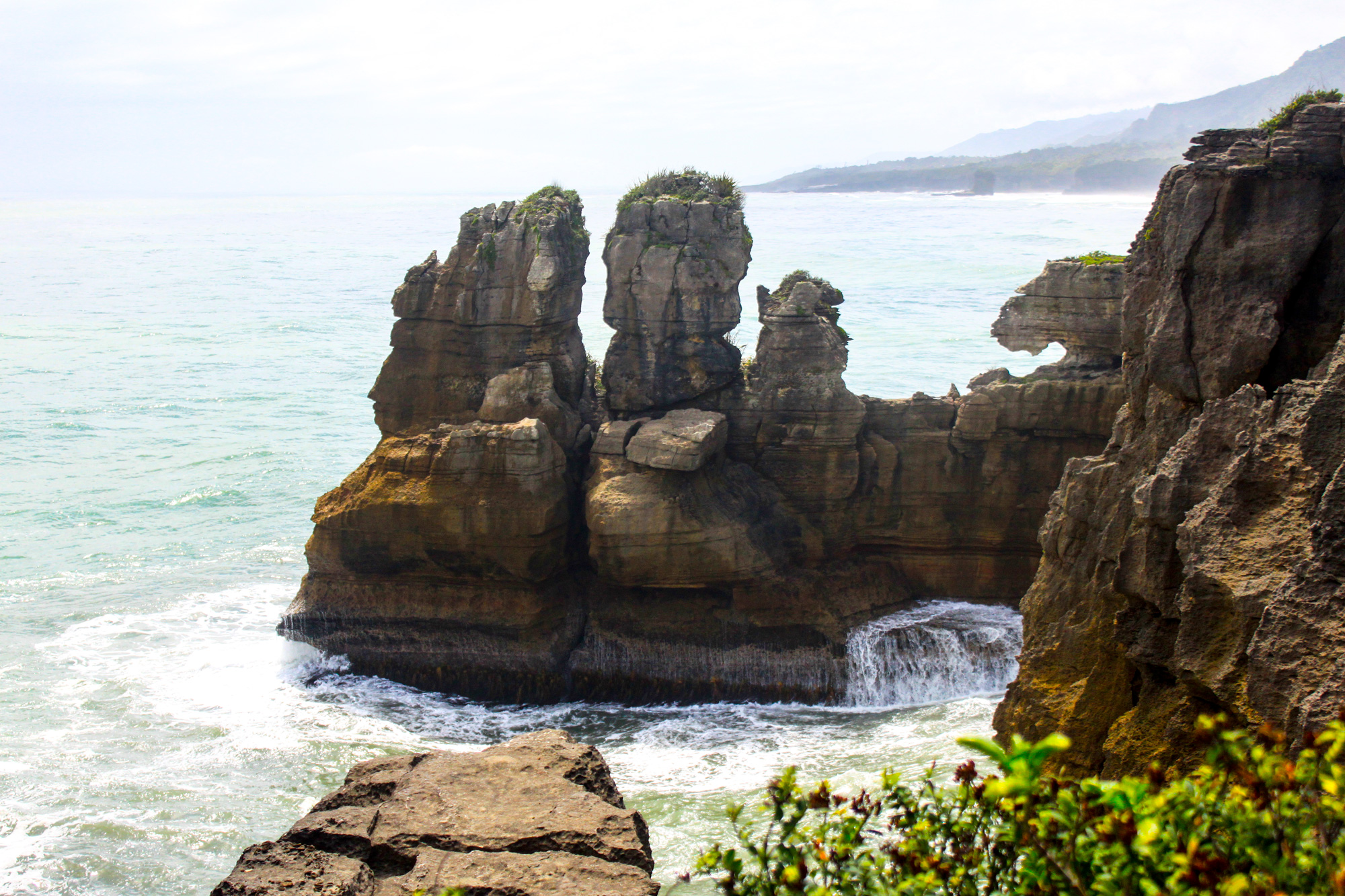 Public transport is not much develop as it the country is very big and sparsely inhabited. Best way of transportation is renting or byuing a campervan. 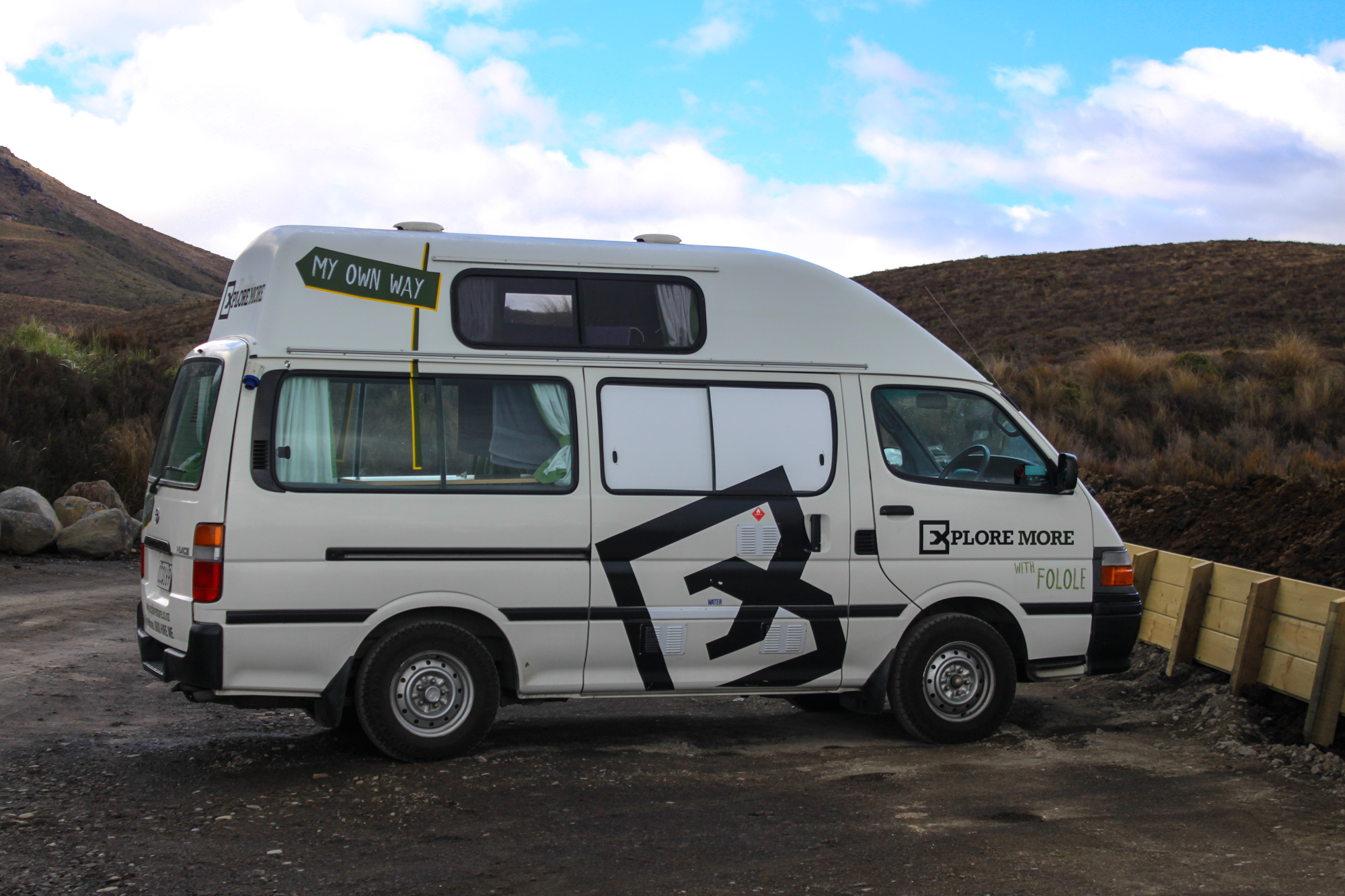 Top recommendation is renting or buying a campervan. You can use campsites to park your van, have a shower and cook a dinner. There is a small fee for using a campsite, you can park your van in the nature and wake up surrounded by breathtaking nature. Some places are forbidden for camping so please respect the country policies. 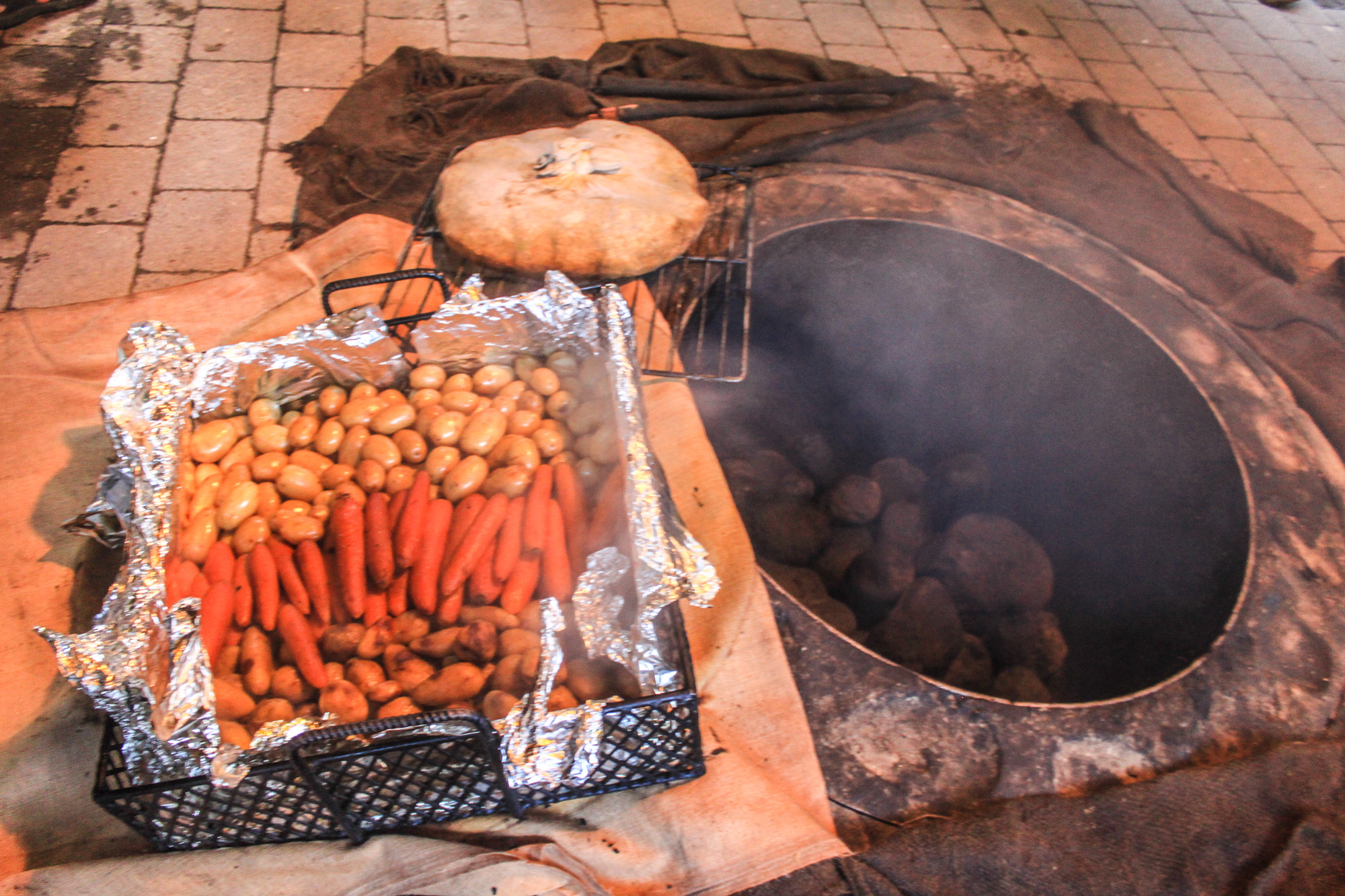 Most european country inhabitants have the opportunity to gain work & holiday visa under age of 30. Others are only travelling visa usually for 90 days.
Best up to date information you can find on New Zealand immigration site

When you fly to New Zealand you must fill in the arrival card before the landing where you declare your luggage contains no organic material which can contaminate local fauna or flora. They ask you how long are you going to stay, where is your accommodation, your flight and personal details, what are you bringing to New Zealand, whether you were visiting some kind of farm recently etc.

7. Required equipment: what do you need to pack

Do not bring any food, plants, soil or any other organic material they are very strict about this so be very careful! Not even an apple or dirty shoes.

Join our community and get to know new people

8. Insurance: in case it is necessary

Have an arranged travel insurance.

New Zealand has mostly temperate climate. While the far north has subtropical weather during summer, the inland alpine areas of the South Island can be as cold as -10 C in winter. Most of the country lies close to the coast, what means mild temperatures, abundant sunshine and moderate rainfall.

Because New Zealand lies in the Southern Hemisphere, the average temperature decreases as you travel south. The warmest months are December, January and February. The coldest are June, July and August. In summer, the average maximum temperature ranges between 20 - 30ºC and in winter 10 - 15ºC.

New Zealand does not have a large temperature range. It is lacking the extremes found in most continental climates. However, New Zealand weather can change unexpectedly—as cold fronts can quickly blow in. Because of this, you should be prepared for sudden changes in weather and temperature. Therefore if you are going to hike pack warm and light clothes in your backpack.

New Zealand has very low criminality and has no forbidden places. Use your common sense, lock your car and don’t go to dark alleys at night by yourself and you will be just fine.

There are some very interesting places which can be considered dangerous but not because of criminality but because of power of nature. Volcanic country is full of places where you must be very careful where to step. However it is hard to find the place like this which does not have a proper marking.
Good example of place where mother earth played her role dangerously is Champagne pool mentioned and showed above. This pool is 75 °C hot and contains poisonous gases so you better have a bath somewhere else ;)

11. Political situation, safety and criminality in the country

Political system in New Zealand is stable and it is based on the British model. There is a single house of Parliament and the role of head of state is held by Queen Elizabeth II, as Queen of New Zealand. New Zealand’s democratic engagement is strong. Typically between 75-80% of New Zealanders turn out to vote in general elections.

New Zealand is rated in international surveys as one of the world’s most peaceful, least corrupt countries.
The 2017 Global Peace Index, which compares 162 countries for the risk of personal violence, rates New Zealand as the world's second safest country just after Iceland.

Welcome to Wolfare profile. We make travelling easier and we want to conecting all travellers in the world. Come and join our community. Get to know new people!

More in this category: Sri Lanka »

Make sure you enter all the required information, indicated by an asterisk (*). HTML code is not allowed. 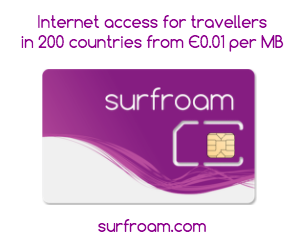 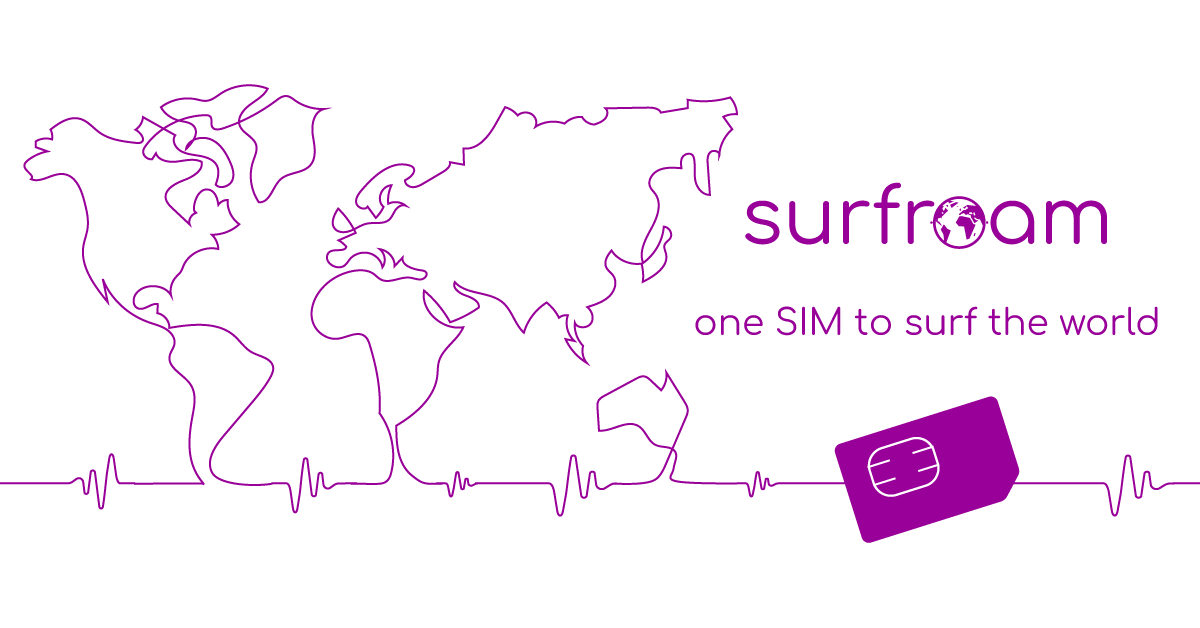 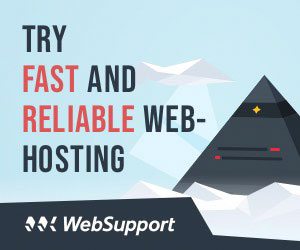